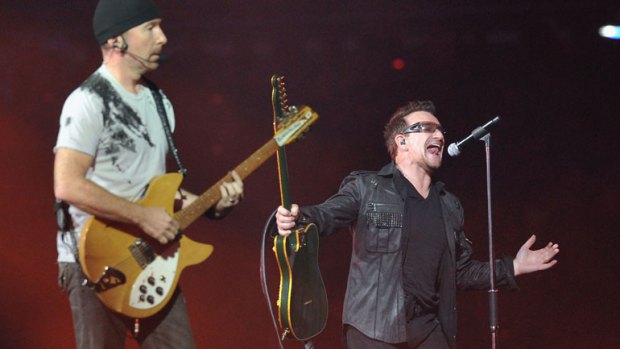 The news out of U2 has been confusing as of late. They may or may not be releasing an album this year, it may be punk but rumors say Danger Mouse is producing tracks for the band. With a glimpse of “Ordinary Love” from the soundtrack to the film “Mandela: The Long Walk to Freedom,” fans may have heard their first release from the album.

The band recently interviewed with the Los Angeles Times, where front men Bono and the Edge discussed their thoughts on the upcoming record. The concept was to create songs that were told from two perspectives. The Lyrics focus on “collision between hard-earned wisdom and youthful hunger,” seeking to portray both sides as a person evolves.

Danger Mouse represents something of an experiment for U2, who has expressed interest in trying something new. Bono also promises a return to roots, hinting that his falsetto will play center stage for this release. “There’s just something about a bloke who sings like a chick,” Bono said.

Bono also expressed a need to return to their own youth to complete the album. He mentioned that the sounds were heavily influenced by “stuff we were really listening to when we were younger,” and he cited bands like Clash and Kraftwerk.