Metallica brought a special blend of brains and pure energy to the big-haired world of 80s hard rock. Metallica began with James Hetfield and Lars Ulrich. Hetfield was brought up in a strict Christian Science household, while Ulrich was on his way to becoming a professional tennis player like his father. 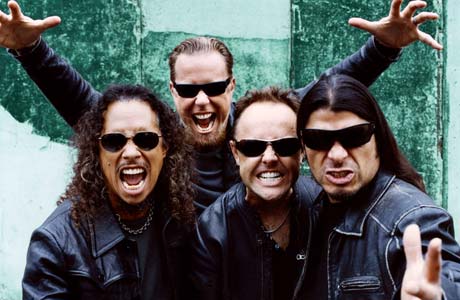 The two teens bonded over a mutual love of Motorhead, a U.K. hard rocking band. They added a bassist and guitarist before writing their own songs and making a few recordings. After booting their guitarist for substance abuse, and replacing their bassist, the band was solidified.

Metallica filled a niche in the world of rock. Kill Em All, the band’s first release, painted a picture of gloom and anarchy. The gritty music stood in stark contrast to pretty-boy groups like Van Halen and Bon Jovi. Their songs often tackled complex subject matter that hit close to home for their audience: depression, isolation, and despair. Metallica found a following through their questioning of retribution, drug addiction and their ideas on justice.

The band suffered a small tragedy when their tour bus skidded off of an icy patch in Sweden, killing their bassist in the process. They took some time off and recruited Jason Newstead, who brought a thicker and tighter style to the band’s recordings.

Despite their success, Metallica has made legal waves with two prominent suits. The first was against their record label Elektra, which ended in an out of court settlement. The second was against the file sharing network Napster, which led to some backlash from fans.