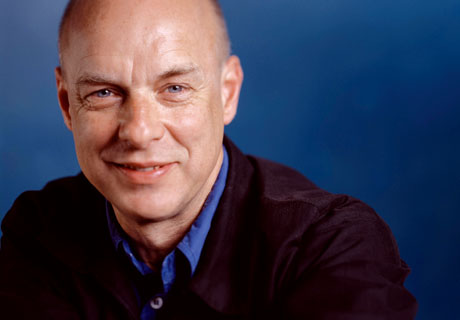 Brian Eno, Damon Albarn and Nick Zinner of the Yeah Yeah Yeahs have been working on a unique collaboration with an ensemble of Malian musicians. Dubbed “Africa Express Presents: Maison Des Jeunes,” the album has been released digitally through the Transgressive label. A physical version is due out in 2014.

The album is a part of Damon Albarn’s Africa Express project, which sought collaboration with West African musicians. IT was recorded in just one week, and all of the recording was done at a youth club in Bamako. On the album, you’ll find French rap, desert blues and exciting guitar rock.

The launch party took place in London on December 9, and Eno offered some praise for their African counterparts:

“I said to Damon before we came out that I expected it to be 10 days of musical humiliation and it was. The skill of the players made me want to become a carpenter or a bricklayer . . . The roots of rock and roll came from there, so it was like going to see where we nicked all our ideas from.”